From those humble beginnings, the business continued to grow, and in 1957 the Long Island operation was moved to Cresco, Pennsylvania in the heart of the Pocono Mountains of Northeast Pennsylvania. Karl E. Weiler’s son, Karl M. Weiler, began working at the company in 1961 and today serves as Weiler’s Chairman.

In Europe, our heritage dates back to 1879 when Franz Swaty established a company for producing mineral bonded abrasives, and in 1958 with the establishment of company Comet manufacturer of magnesite based artificial abrasives. 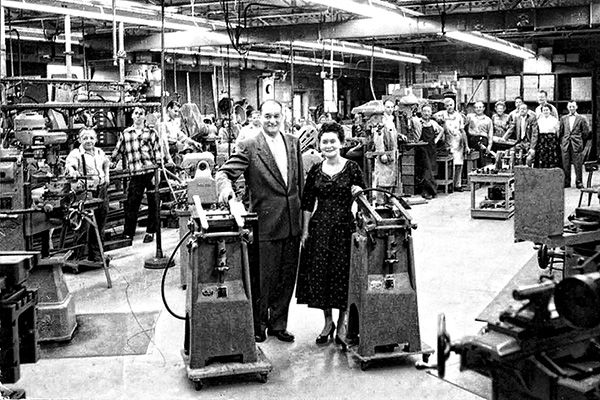 Yesterday shapes who we are today

Today, the tradition of excellence continues under the leadership of the fourth generation, Chris Weiler, President/CEO. Having grown from a power brush manufacturer to a global surface conditioning problem-solver, Weiler Abrasives’ mission is to partner with our customers and business partners to ensure their businesses stay productive and profitable.

Our people, products and our strong desire to win deliver a competitive edge that creates growth.

1879: Franz Swaty established a company for manufacturing artificial abrasives in Vienna in Austria.
In 1886 he moved production to its current location in Maribor in Slovenia.

1957: The business moves from Long Island to its current location in Cresco, PA

1958: In Slovenia in Zreče company Comet was founded, a manufacturer of magnesite-based artificial abrasives.

1988: Weiler launches TigerTM Abrasives and manufactures flap discs, becoming the first to manufacture coated abrasive flap discs in the US

1999: Weiler opens Weiler de Mexico, its first commercial subsidiary outside the US

2000: Weiler acquires long-term rival Anderson and becomes the power brush market share leader in the US

2015: Weiler expands its capability in abrasives and its footprint in Europe by acquiring SwatyComet, whose legacy dates back to 1879.

2018: Weiler rebrands all company names in the group and operates under one common corporate brand WEILER.